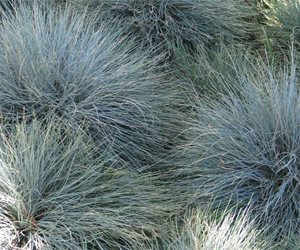 Blue fescue is a short, mounding ornamental grass that works great as a ground cover. 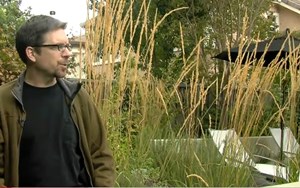 See what types of ornamental grasses to use to add flair and seasonality in your landscaping. 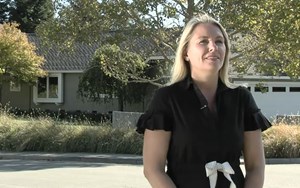 Different types of ornamental grasses were used in this front yard for dramatic effect.

Ornamental grasses are becoming an increasingly popular choice for residential landscapes. They have numerous benefits and add a nice decorative touch to any garden with their textured foliage and soft seed heads. Ornamental grasses come in many varieties, be sure to pick the ones best suited for your climate and property conditions.

How can ornamental grasses be used in landscape design?

Ornamental grasses are classified by two growing periods: the cool season and the warm season. Cool season grasses come to life in early spring and go dormant by the time summer arrives. Warm season grasses beginning growing during summer and will continue until temperatures hit freezing. Landscape designers recommend using a combination of cool and warm season grasses to extend the interest of your garden throughout as much of the year as possible.

Depending on the variety, ornamental grasses will either grow in clumps or send out runners. Clump forming grasses, sometimes called mounding, stay neat and tidy and are non-invasive. Running grasses send out underground stems that can pop up throughout an area. The later can be quite aggressive and invasive. When growing ornamental grasses alongside other plants it is best to select clumping varieties so that they won't take over and encroach on other plants.