Does your home have an old pool that you're not happy with? If it is structurally sound you may want to consider pool remodeling rather than replacing. Simple changes such as refinishing the interior, updating the waterline tile or swapping the decking material will make a big difference. Check out the swimming pool remodels below for inspiration.

From Artificial to Natural

Previously this backyard had an aging pool and uninspiring deck. The homeowners wanted to update the space, but choose to renovate the existing pool rather than start from scratch. The redo consisted of adding a perimeter overflow spa and a stone diving platform flanked by waterfalls and planters. A black Hydrazzo interior finish makes the pool appear more like a natural body of water than its predecessor. 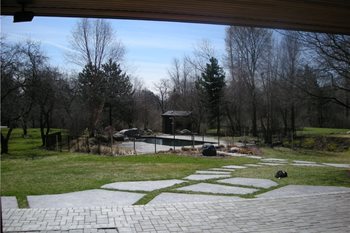 The existing pool on this property was unattractive and didn't accommodate young children well. The owners wanted a beautiful space where their kids could play safely and they could entertain friends. Instead of demolishing the existing pool, a second elevated pool that overlaps the original one was constructed. The upper pool is shallow and great for kids, while the lower pool is deep and even has a new waterslide. The makeover was completed with oversized granite pavers around both pools. 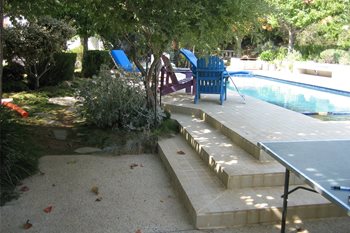 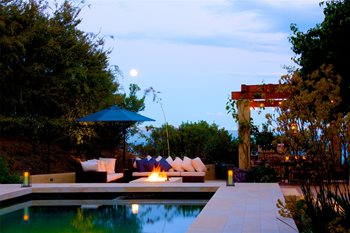 The pool on this property was looking pretty bad, in fact so bad that the designer wanted to tear it out, but due to budget restrictions this was not an option. Instead, the pool was remodeled by demolishing the surrounding tile and concrete and replacing it with cantilevered limestone steps. Now the pool looks as if it is floating above the surrounding spaces. The redo was topped with drought tolerant plants. 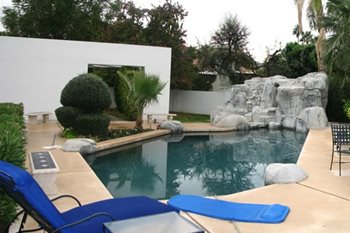 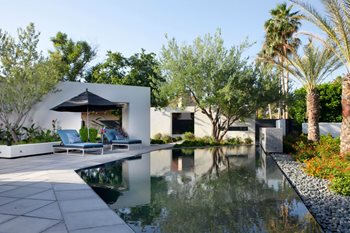 Here the former pool was very dated. It featured faux rock, discolored concrete and a limited amount of deck space. Everything was demolished except for the pool shell, which was slightly adapted to create a trapezoid-like shape. A new modern water feature accents the far end of the pool and the reflection of climate appropriate trees and plants can be seen in the dark water.

Check out another pool from the same designer: A Frank Lloyd Wright Inspired Pool
Project designed by Bianchi Design in Scottsdale, AZ 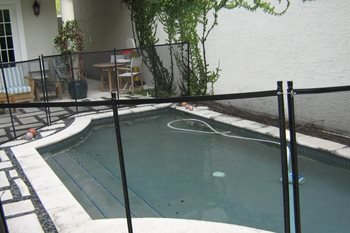 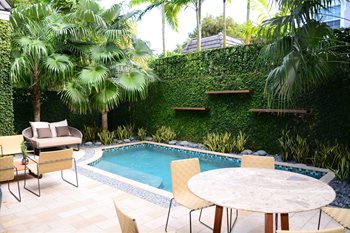 This splash pool was lacking pizazz. There was little color and the focal point was a big blank wall. The unique shape of the pool was retained, but pretty much everything else changed. New coping, mosaic waterline tile and an inlay of river rocks create a nice perimeter around the pool. The wall was turned into a living backdrop with thick green vines. Clumps of sansevieria add a tropical feel, while modern patio furniture gives the space the atmosphere of a hip outdoor lounge. 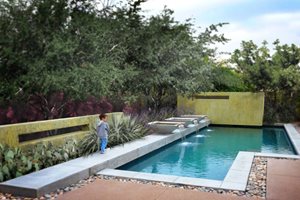 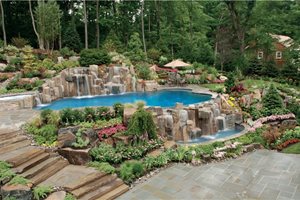 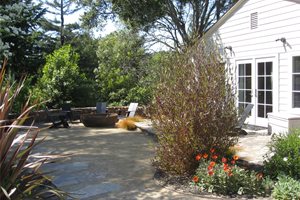