This family was faced with the dilemma of a single driveway that split into an upper and lower finale. Visitors to their home were unsure of whether to park on the lower side in front of the garage, or to drive up the other side and hope for the front door. Guests were often knocking at the home’s garage entrance to avoid the risk of having to inconspicuously back down the upper drive. 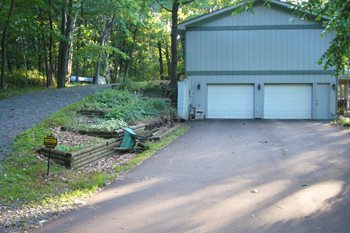 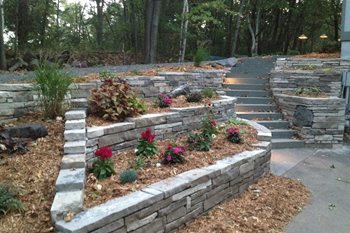 The family contacted Daniel Arabella of Ara bella Stone Co. to help them solve their problem. “I set out to define the space between the driveways and create a focal point to attract people to the front door,” he explains. When Arabella arrived at the property, the slope between the driveways was being supported by dilapidated retaining timbers. There was also a set of steps, but they had been overgrown to the point of being lost.

Arabella, a traditionally trained and certified stonemason who focuses on dry stone masonry, started the project by taking out the old timbers and excavating for the new solid bluestone steps that would be installed. Then the Arabella Stone Co. crew worked their way up the hillside installing the steps and retaining the soil with a wall consisting of local Fond du Lac limestone and Sudan limestone mix accented with Superior boulders. “Since stone is a hard material and tends to have a rigid look, I incorporate curves as much as possible,” says Arabella. 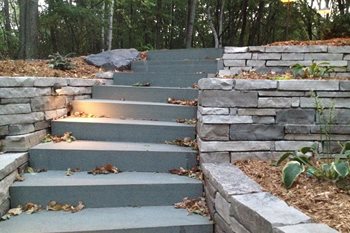 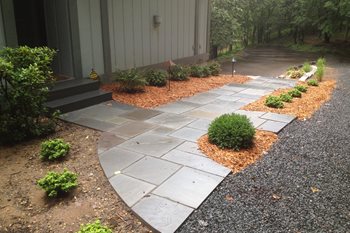 The solid bluestone steps lead to a cut bluestone walkway ending at the front door.

The walls were built in a way that allowed the steps to be seen easily so that guests would know exactly where to go. Arabella kept the portion of the wall on the front side of the steps low so that it would not block the view of the path from further down the driveway, while the height of the walls on the far side of the steps was raised to appropriately support the hillside. “Once the wall and the steps were completed we installed a cut-pattern Bluestone walkway to the front door and also designed a ‘valet walkway’ to the driveway to help define the parking area even further,” he says.

Not only did the family love Arabella’s stonework, but now they can invite people over without having guests inadvertently knock on the garage door. With the new walls and steps, it is very clear that you can park in the lower driveway and walk up to the front door. To finish the project off, a variety of plants were added amongst the walls and low voltage lighting assures that visitors will be safe even after dark.

Submit your projects to LandscapingNetwork.com 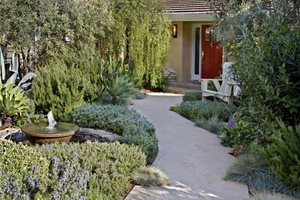 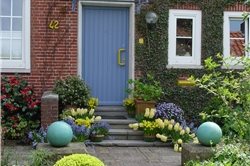 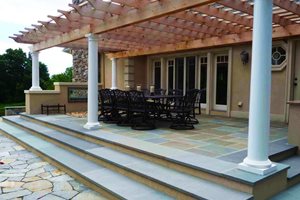