Reasons not to build a sunroom

Budget
Budget is one of the biggest reasons people would choose not to build a sunroom. A non-insulated, three-season sunroom costs $20,000-30,000 on average, while a fully-insulated and heated four-season sunroom runs about $25,000- 40,000. While non-insulated sunroom kits are available for less, these have few options in terms of styling and rarely fit well with the architecture or surroundings. Some brands also have quality issues with leaking.

Obvious lack of space
“Homeowners generally have a sense of the land space available,” says Biedenweg. “Remember the setbacks, look at the windows on the house, and whether there are any trees around which might be in the way.”

A sunroom, or four-season room, is more like an extension of the house than a garden structure. They’re fully insulated and have dual-pane windows, heat and electricity, a solid roof and foundation, and plenty of windows so you feel as though you’re sitting outside, yet have all the comforts of home.

Why build a sunroom?

Year-round use
“If a client wants to enjoy being outside longer than the three summer months we get in Indiana, or sit out on a rainy or snowy day, I recommend a four-season room,” says Baron Biedenweg from Archadeck of Fort Wayne, IN

Bird watching
Set up bird feeders and a year-round place for birds to drink, and your sunroom will become the perfect place to watch and photograph their antics.

Winter beauty
Snow-covered grasses and evergreens make a sculptural display, yet are often ignored all winter because of how unpleasant it is to be outside.

Arthritis
The cool temps of fall and winter cause arthritis to flare up, so having a warm sunroom can allow you to keep spending time “outdoors” as the season winds down.

Bug-free
Savor a morning cup of tea or eat dinner without yellow jackets and mosquitoes disrupting your peace.

The sunroom is like an extension of your home, so your options on where to put it will have more to do with the location of existing doors, windows, and roofline than with your landscaping. This may involve making design compromises to get the best result. For example, Biedenweg says, “Sometimes the house will have a gabled roof, and all the peaks are gabled, but where we want to put the porch there are several windows on the second story that are in the way of us being able to put a gabled roof against the house. So there we’d have the choice of removing the windows, which is hardly ever a viable option, or modifying the roof pitch or style so we can get in underneath the windows and still have a good slope on the roof to provide drainage.”

Most styles of architecture can work with a sunroom. “We try to work with the style to make it look like it’s always been there,” says Biedenweg. “If it’s a Craftsman home, there’s not a lot of gingerbread there. But the level of trim and curves in the design become more involved on a Victorian.” The simpler the detail on the home, the simpler the detail on the sunroom. “More detail isn’t harder, but it’s certainly more labor-intensive,” Biedenweg says.

If you have the space and can afford it, a sunroom increases the property value on your home and gives you a huge boost in the number of days each year you can enjoy your landscaping and the feeling of being outdoors. 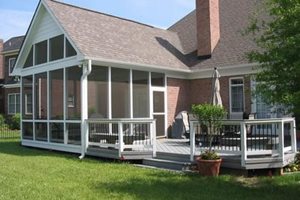 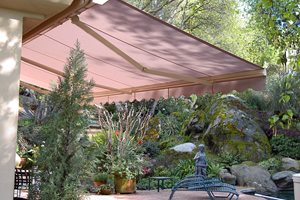 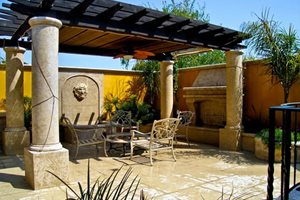